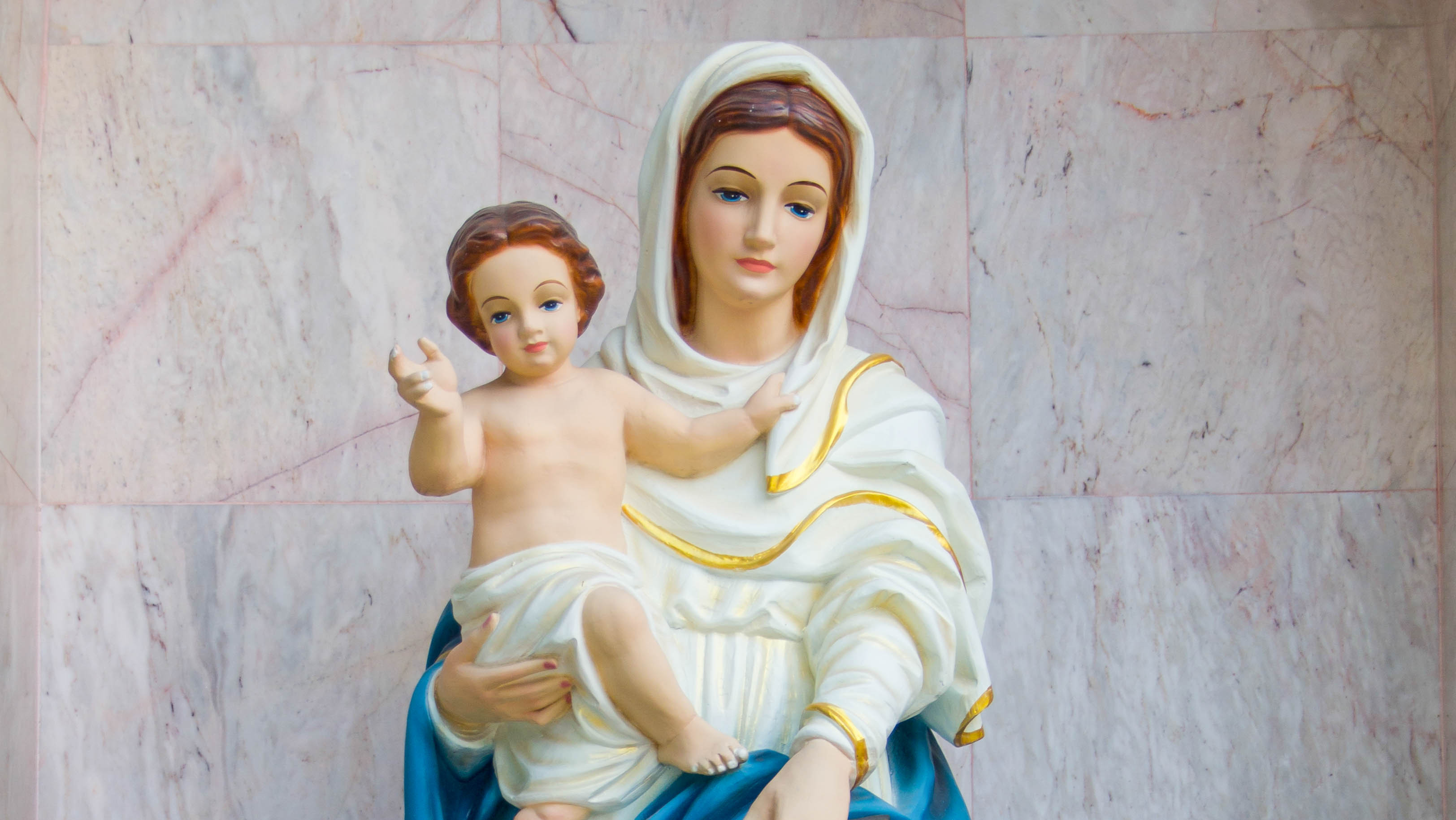 We are well into the month of May, and for us Catholics, that usually means one thing  Mary. May is celebrated throughout the Church, both privately and publicly, as Marys month, but why? Why is the month of May dedicated to Mary in a special way, and how can we celebrate it well?

Where did it come from?

In ancient Greece, May was dedicated to Artemis, a goddess of fertility. In Rome, May was dedicated to Flora, the goddess of blossoms. Perhaps because it marked the beginning of springtime, there has been a desire to honor motherhood and new life in May that stretches all the way back to pagan antiquity. The Church has always been willing to baptize elements of pagan culture that are not opposed to the Catholic faith, to take a cultural tradition that may have been directed toward idolatry, and refocus it in order to honor the true God. It would seem natural, then, that the desire to honor motherhood in May would eventually lead to the honoring of Mary during that month. However, that transition took many centuries from the time of the ancient Greeks and Romans.

In the middle ages, the practice of a 30-day devotion became popular. Although it did not necessarily occur during May, the Thirty-Day Devotion to Mary, known as the Tricesimum, spread throughout Christendom. Many of our modern formulas for Marian consecration loosely follow a thirty-day format. During this period, there were also Marian feast days celebrated during May, although the feast of the Visitation on May 31 is the only one currently on the liturgical calendar during Marys month.

Near the end of the 18th century, the practice of devoting the month of May to Marys honor was solidified at the Jesuit college in Rome when Father Latomia vowed to devote the month of May to Mary in order to counteract the immorality he saw among the students. This practice quickly spread to other Jesuit colleges, and then throughout the Church.

The practice of dedicating May to Mary was also strongly encouraged by numerous popes during the 19th and 20th centuries.

How can we celebrate Marys month?

So now we know why May is Marys month, and May is here, so how can we honor her this month? The first way, of course, is to honor her Son  especially through the celebration of holy Mass and the sacraments. Prayer is another key element of our devotion, particularly the rosary. Make a point of praying the rosary more often this month, and pray it with your family or the students in your care.

If you do not have an image of Our Lady, or her statue somewhere in your home, this is the month to get one. Then, celebrate a May Crowning, by placing a crown of flowers on Marys statue. Find out if your parish is holding a May Crowning that you and your family can participate in.

Another option, for those that really want to go deeper this May, is to consecrate yourself to Jesus through Mary. St. Louis de Montforts Total Consecration is a powerful method of Marian consecration, or for a more modern version, try Fr. Michael Gaitleys 33 Days to Morning Glory.

There are countless ways to honor Mary, of course, especially during the month of May. One thing your children are sure to enjoy is if you use Catholic Brain as a resource. For just one example, in the music section, there is a tab labeled Rosary, with numerous songs that will teach children not only the prayers of the rosary, but also the mysteries. Explore the entire site with your kids to find other things they will enjoy, and have fun!