Two Hearts: The Sacred Heart of Jesus and The Immaculate Heart of Mary 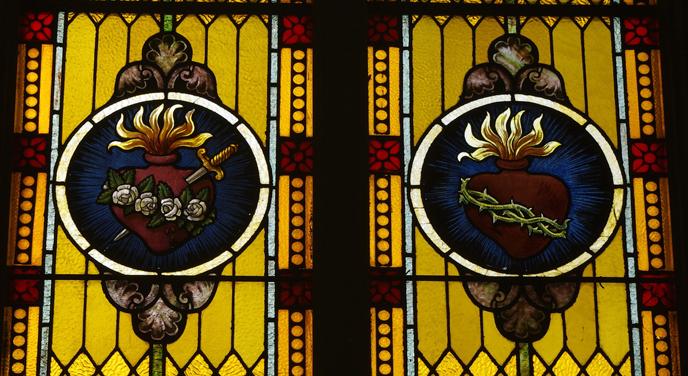 Friday, June 8 is the Solemnity of the Sacred Heart of Jesus, followed the next day by the feast of the Immaculate Heart of Mary. The commemoration of these two hearts occurs every year shortly after Pentecost, with a series of other important feasts, such as Corpus Christi and the Most Holy Trinity, that help transition us to Ordinary Time. What is the history of these feasts, and what can we learn from them? 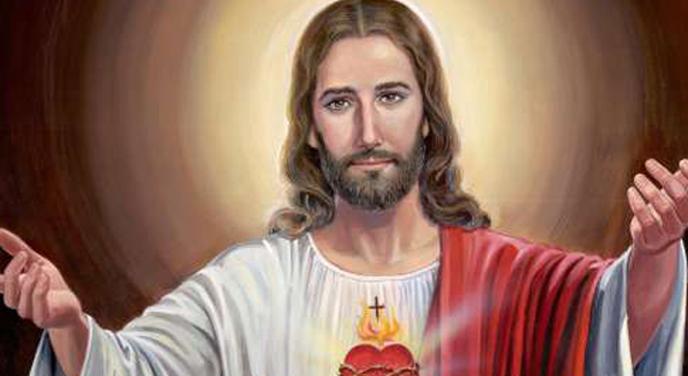 Although the feast of the Sacred Heart of Jesus wasnt extended to the universal Church until 1856, history of the devotion can be traced as early as the second century, when St. Justin Martyr described the pierced side of Christ as the source from which graces flow. By the eleventh century, devotion to the Heart of Jesus could be found in some monasteries. St. John Eudes deserves credit for establishing a feast for it, which was first celebrated on August 31, 1670 in the Grand Seminary in Rennes, France.

However, the saint most commonly associated with the devotion to the Sacred Heart of Jesus is Margaret Mary Alacoque, a seventeenth century nun and mystic. St. Margaret Mary had many visions of Jesus, in which He asked her to spread devotion to His Sacred Heart. Pope Clement XIII officially recognized and approved the devotion in 1765. In 1856 Pope Pius IX extended the feast to the universal Church, and on June 11, 1899 Pope Leo XIII consecrated all mankind to the Sacred Heart of Jesus.

In Jewish tradition, the heart was recognized as the organ that pumped life-giving blood throughout the body, but also, symbolically, as the seat of love. It is no surprise, then, that the Heart of Jesus was pierced on the Cross, as He gave His life for us in love. Jesus Himself said to St. Margaret Mary, Behold the Heart that has so loved meninstead of gratitude I receive from the greater part of mankind only ingratitude. 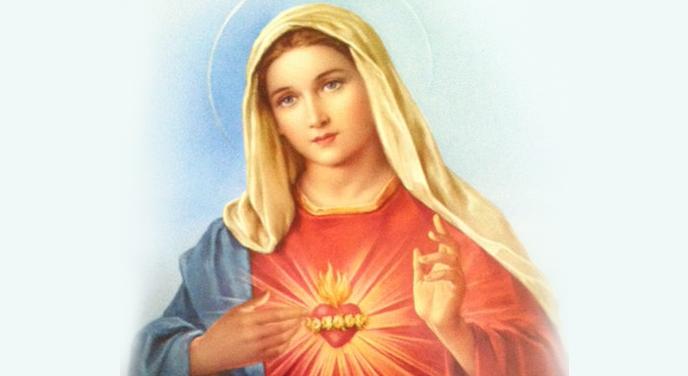 To trace the history of devotion to the Immaculate Heart of Mary, we must return to our friend St. John Eudes. Private devotion to Marys heart can be found in writings dating to the late 13th century, but it was St. John in the 17th century who labored to spread the devotion throughout much of France. He even petitioned (unsuccessfully) for a feast in 1669.

After St. Johns death, though, the devotion continued to spread, and in 1799, Pope Pius VI gave the first permission for a diocese to institute a feast for the Immaculate Heart. The feast was extended to the universal Church by Pope Pius XII in 1944. On March 25, 1984 Pope John Paul II consecrated the world to the Immaculate Heart of Mary.

The feasts of these two hearts are important for us. They remind us of the love Jesus has for each of us, shown in His death and the piercing of His Sacred Heart; as well as Marys maternal love for us. Her heart, pierced by a sword as she watched her son die, opens wide for all of her children, those who belong to her Son.

There are many ways we can commemorate these two hearts with our children, in June and throughout the year. The first thing we can do is to go to Mass on the feast days. Another way to keep them always in our minds is to place pictures of the Sacred Heart and Immaculate Heart in our homes or classrooms. Catholic Brain even has a nice coloring page of the Sacred Heart of Jesus, found under the printables tab, then coloring pages, and then Jesus.

We can also practice the First Friday and First Saturday devotions. Many people practice the First Friday devotion, by which they receive Holy Communion on the first Friday of nine consecutive months, specifically with the intention of honoring the Sacred Heart of Jesus, and in reparation for offenses against the Blessed Sacrament. The First Saturday devotion to the Immaculate Heart of Mary consists in receiving Holy Communion, praying the rosary, extra meditation for 15 minutes on one or more of the mysteries of the rosary, and going to Confession within eight days before or after.

One of the most important ways we can put these devotions into practice in our lives is through consecration, particularly family consecration. This is a way to place our families under special protection and offer special devotion to the Sacred Heart of Jesus and Immaculate Heart of Mary. Below is just one of many prayers of consecration:

Most Sacred Heart of Jesus and Immaculate Heart of Mary, I consecrate myself and my whole family to you. We consecrate to you: our very being and all our life. All that we are. All that we have. and all that we love. To you we give our bodies, our hearts and our souls. To you we dedicate our home and our country. Mindful of this consecration, we now promise you to live the Christian way by the practice of Christian virtues. O most Sacred Heart of Jesus and Immaculate Heart of Mary, accept our humble confidence and this act of consecration by which we entrust ourselves and all our family to you. In you, we put all our hope and we shall never be confounded.