Catholic Patriotism this Fourth of July

This week is the Fourth of July, Independence Day in the United States. For our children, that can mean a lot of things  fireworks, picnics, parades, flag waving. All of these are wonderful, but as Catholics, we can make the celebration much more spiritual, and profound. 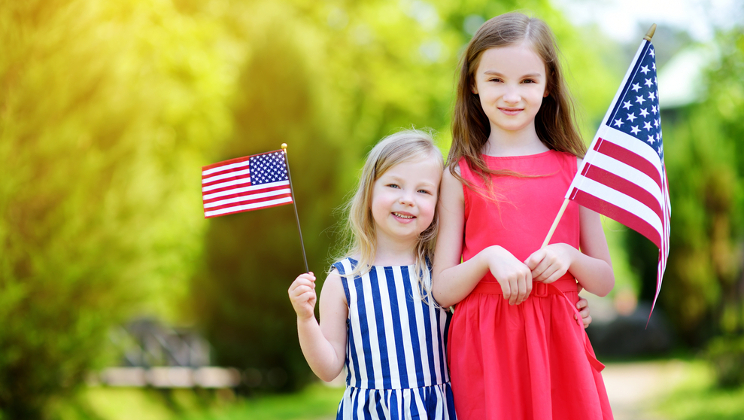 July Fourth is a perfect opportunity to teach our children about patriotism, authentic patriotism as a Catholic virtue. Patriotism can be a tricky topic to understand. In our culture, many people define it in different ways. And in years past, there have been Catholic thinkers who have seen patriotism as a vice, and others who have seen it as a virtue. So which is it, and how can we properly express it?

Patriotism is generally understood as a virtue, as a particular expression of piety, which stems from the cardinal virtue of justice. The word patriotism comes from the Latin patria, which means father. Patriotism, then, is a love of ones fatherland, and the fellow children of that land. That last point is important. Patriotism is meaningless unless it is directed primarily toward persons. For this reason, patriotism is connected to love of neighbor, and even more particularly, to love of ones family.

This was perhaps easier to understand when countries had a more homogenous culture. A century ago, if you lived in Sweden, for example, there was a very definable Swedish culture, and the country was made up almost exclusively of Swedish people, with biological ties to one another. So patriotism was reverence for the land that birthed you, and a love for your kinsmen.

Things are a little different in our world with such plurality of cultures, and it has always been different in the United States, which has long been diverse and home to immigrants from different parts of the world.